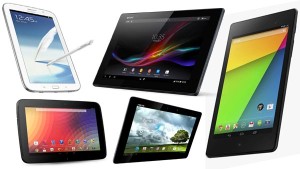 In today’s open source roundup: Half of Android phone sales for Christmas were phablets. Plus: Google uses homepage to promote its Android and iOS apps. And a review of Xiaomi’s Redmi Note 3 phone

Android users are clearly still in love with large-screened phablet devices. A report by an analytics company indicates that half of the Android phones bought for Christmas were phablets.

According to a new report by analytics firm, Flurry, more Android phablets were activated than any other sized Google-powered smartphones. In fact, if the companies app-tracking tools are accurate, half of all Android activations over the holidays were large-screened mobiles…

While the report doesn’t say exactly what classes as a ‘phablet’, we’re assuming they’re going based on any smartphones with a screen measuring at least 5.5-inches diagonally. While it’s certainly an indication that the market is warming to the bigger mobile devices, it should also come as no surprise to anyone watching the industry over the past couple of years.

Over that past 12-24 months, most manufacturers have failed to build smaller devices with the same powerful components and specifications found in the much larger devices. In fact, perhaps only Sony and OnePlus spring to mind from the past year with the Xperia Z5 Compact and OnePlus X respectively. For those customers wanting a great experience in a smaller package, the options are limited on Android, perhaps a big reason why so many (65%) of Apple’s iOS sales were ‘medium phones’.

Google uses homepage to promote its Android and iOS apps

Google has never been shy about promoting its services, and the Christmas holiday has seen the company boldly do so right on the Google homepage.

Whether you got an iPhone or an Android device for Christmas, Google wants you to know it has plenty of apps available for you.

The company has devoted its most prime real estate — the Google.com homepage — to showing its wares. Just above a wrapped present icon are links to Google apps on its own Google Play Store as well as those it has in the Apple App Store.

Lest you think Google doesn’t care enough about the iPhone, it’s worth noting that the company has 62 different iPhone apps and 47 for the iPad.

Xiaomi has certainly had its share of controversy, with some accusing the company of ripping off Apple’s iPhone designs. But it’s clear that Xiamoi’s phones have proven to be popular among some Android users despite the controversy. Android Authority has a full review of Xiaomi’s Redmi Note 3 phone and gave it an Editor’s Choice award.

Under the hood, the Redmi Note 3 comes with an octa-core MediaTek Helio X10 processor, clocked at 2 GHz, and backed by the PowerVR G6200 GPU and 2 or 3 GB of RAM. This particular review unit is of the 3 GB RAM variety, and as expected, multi-tasking is a breeze, but 2 GB of RAM should be more than enough as well. On the performance front, the Redmi Note 3 performs surprisingly well, especially when considering its price point.

On the software side of things is where Xiaomi seems to have injected the most value into the Redmi Note 3. The latest version of MIUI 7 is based on Android 5.0.2 Lollipop, but with it being a very heavily skinned interface, you won’t notice any Material Design elements. However, MIUI is arguably one of the most polished skins around, courtesy of the amount of customization and number of features it offers. Some of these features include transition effects, and weekly developer OTA updates, and with everything being smooth and snappy overall, MIUI allows for one of the best software experiences available on a device priced at under $200.

The Xiaomi Redmi Note 3 is currently available only in China, priced at RMB 899 for the 16 GB and 2 GB RAM version, while the Prime iteration, with 32 GB storage and 3 GB of RAM, is priced at RMB 1,099, which roughly translates to $140 and $172 respectively. Importing the device will result in a higher price tag, but the soon to be released global version should feature the same pricing.

Like most other smartphones that fall in the sub-$200 category, the Xiaomi Redmi Note 3 has its issues, particularly with its lackluster display and average camera experience. However, this smartphone does excel in key areas where its competitors do not, including its fantastic design and build quality, exceptional battery life, and the inclusion of a fast and accurate fingerprint scanner. This is yet another very commendable effort from Xiaomi, and is a device that is certainly worthy of your consideration.

Did you miss a roundup? Check the Eye On Open home page to get caught up with the latest news about open source and Linux.

Oracle lays out plans for the next Java generation »